You Could See The Embers Smoldering 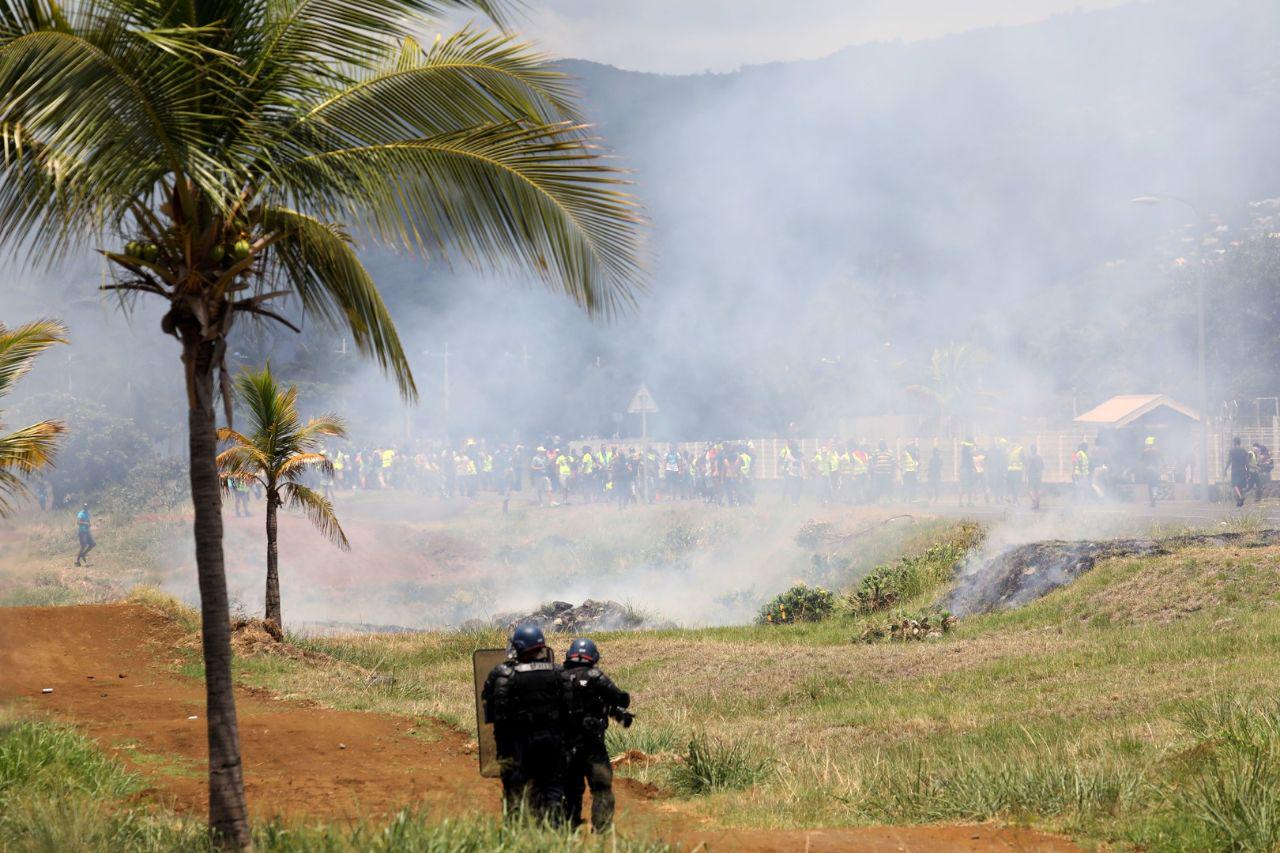 In the Yellow Vests' wake, Reunion Island has been blockaded for several days now – a fierce atmosphere. Social unrest has swept over this small patch of France, home to 860,000 inhabitants, located more than 10,000 kilometres from the metropolis, and the result of a much deeper crisis. An unforgettable DJ from the Marseilles scene with the group Chiens de Paille, Original Mesk moved to Reunion Island with his family two years ago to open a clothing and accessories design shop. This reunion packs a punch.

Fumigene Magazine: You are living on the island, what is your view of this blazing movement that is supposed to be peaceful and demand-oriented?

Original Mesk: Indeed, the “Yellow Vest” movement is supposed to be peaceful and demand-oriented, but without any real organization, all of which can create a climate that could be described as “anarchy”, whether in mainland France or here on Reunion Island. As a result, and as is often the case in this kind of social climate, this gives rise to movements that graft onto the initial movement even if the demands and/or actions aren't the same. Today we've gone beyond the demands of the Yellow Vests and the movement is committed to the people of Réunion.

This conflagration was foreseeable in a way: it's been brewing for a long time on Reunion Island. There have been precedents in 1991 and 2012 rooted deep in longstanding problems that have never been solved, or hardly mitigated, with political promises that never see the light of day... under an infusion of state aid, government-backed contracts, etc. Assistance that helps in the very short term, exactly the same as in mainland France, mainly in the suburbs, but without taking into account the cultural and social reality of the island.

For various reasons, inequalities, and ultimately history, it can be difficult to feel truly “French” here. And despite the fact that Reunion Island “looks to” metropolitan France, there is a huge gap in how we're treated. This applies to all the overseas departments. These reasons are above all social, they are cries for equality, in a territory that I would remind you is a French department with all that this implies – European legislation, dock dues, import territory, higher prices, lower incomes, commercial monopoly, cultural upheaval, assistance, unequal hiring and salaries, inaccessible land, mass expatriates, etc.

As for violence, there is of course a degree of vandalism, but this is above all a response, a consequence and not a cause!

We also know that it's partly orchestrated/manoeuvred by political power, we see this all the more today. There was a desire to divide the people. They wanted to play us off each other. They don't protest protesters, they protest offenders – to criminalize the people. 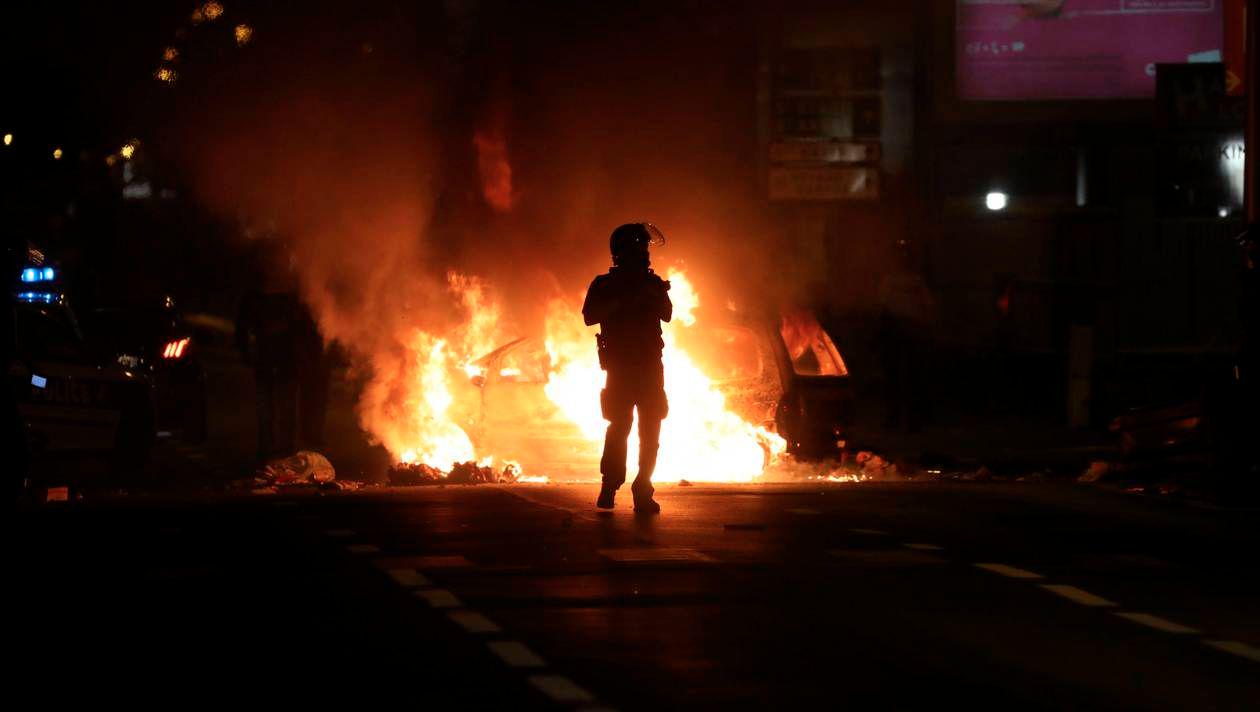 What triggers such a tense situation as you see it?

The triggers were strong “messages” sent by the political powers: which are no more and no less than evidence of disrespect and disregard.

Since all these recent events began, there's been nothing but silence from our “political leaders” – no communication, no dialogue. The Prefect (state's representative) backed out at the last minute when offered a chance to meet with the Yellow Vests and sent a lackey instead. They allowed some “delinquency” at the beginning, when it would have been easy to contain it. The police didn't do anything, even within yards of destruction. The Prefect introduced a curfew. They called the metropolis for military reinforcements, which arrived from Mayotte. The airport, schools, colleges, and most shops are closed.

The so-called “curfew for everyone's safety”, so the police can focus on acts of vandalism, is a false pretext. It has been used to send convoys through the night. They refill gas stations and restock supermarkets – all supervised by the military reinforcements. The protests are meant to block these producers of expensive living! So the mood is set. The people are partly divided but organizing themselves. Already in metropolitan France they see how disconnected the government is from reality and the people themselves – imagine the gulf between Réunion or the other overseas departments!

As a shopkeeper, how did you respond to the Prefect's 5pm curfew?

Personally, it doesn't really affect my business, we're usually only open during the day. We've been closed for almost a week like everyone else. The island is paralyzed – completely shut down. The only shops still running are those who still have food in stock.

The curfew has a direct impact on nightclubs and restaurants. But anyway, there's not much left in the refrigerators... I myself don't sell anything “vital”, so without this curfew I'd stay open. Shopkeepers, restauranteurs, and pharmacists organize to bring solidarity supplies to those who have nothing left: the often isolated elderly, the sick, mothers without milk or diapers, etc. I personally called – and I'm not the only one – on farmers to come and sell their produce on the roadblocks and traffic jams so everyone can benefit. This could reconnect the social ties between the content and the malcontents. It's being setup. Afterward, we'll have to see – we professionals and retailers – how the state will compensate us. Some are in deep trouble, some will shut down. Of course large corporations, big buisiness, and their administrations will have their special favors. We'll have to see what we can do for small-businesses, craftsman, and the self-employed. It's yet another fight. 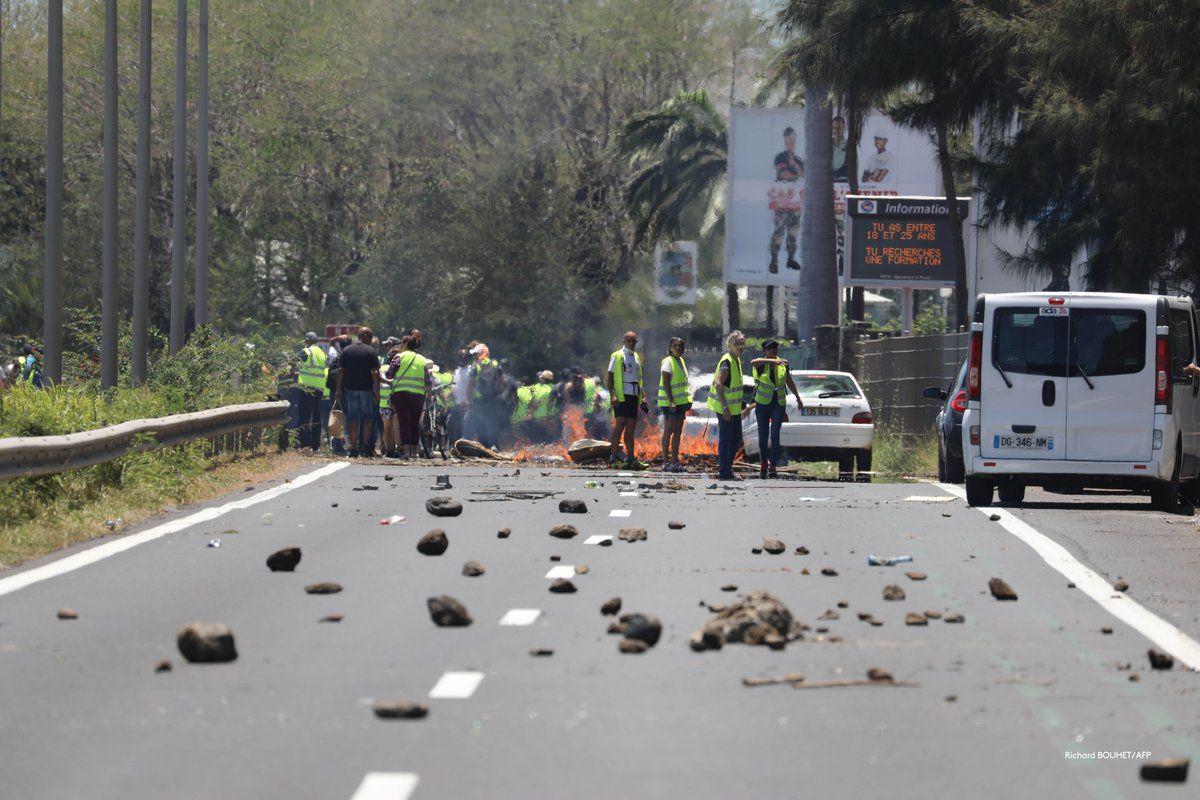 How do you explain the gap in national and regional media coverage?

I think we all know, or at least we suspect, that the media don't “inform” in the true sense of that word. And like Public Enemy said, “Don't Believe the Hype”. The media's a tool of propaganda at the mercy of power and lobbies. So we minimize what inspire ideas of solidarity and focus on the consequences of certain acts (violence, destruction, etc.) in order to undermine the credibility of the movement. Since the curfew, we've had a hard time communicating on Facebook. For example we couldn't find information, Facebook won't publish “lives”, comments are grayed out and illegible. Local media were told not to broadcast freely, not to broadcast certain information. I realized that metropolitan French media didn't talk about the movement on Réunion, but that's normal. France relates to the overseas departments like that, they took an interest based on the request for military reinforcements and the curfew. As usual, we talk about the overseas departments only for folklore or when a political comes to grab our votes.

How do you see the police acting during the curfew?

I don't know what their orders are. There have been many cases of vandalism, robbery, raiding downtown by small groups of young people – with police standing idly by. They do nothing! So some people agree with harsh repression and military reinforcements, while others know it can only escalate the violence.

From what I see, the police have been overwhelmed, as if they were unaware of what could happen. Or they're letting it happen to legitimize the use of force.

During the day, authorities encourage or force small grocers, corner stores, etc. to close – claiming it's for their safety – while the movement tries to mobilize them to do the job of big supermarkets. At night it's harder, like always but especially under the curfew. It's no good to be caught out alone by the riot police commandos or some other squad. Once again, the climate created by the curfew and reinforcements means that for each side “all is permitted”.

In any case, I can't say that the police have “moved closer” to the people or popular demands.

What do you hope to achieve in this tense social situation?

The quickest possible outcome, I hope, for all the people. But that's obstructed by local and national politicians who will never admit their culpability, mistakes, and so on. They will simply offer up crumbs of financial aid to alleviate but ignore the root of the problem. That is, neocolonialism! It is also up to us to change the ways we've been made to consume. We have to raise our children in the way we want to think and live – not let the media & TV teach them materialism. It's not utopian, but it is complicated. Equal employment and pay, professional training for young people in line with economic and geographical reality. Abolition of dock dues, control and regularization of prices, end of corporate or family monopolies, a politics oriented to our neighbors in the Indian Ocean and Africa. It's totally incoherent to depend on European legislation here in the tropics. No need to import products that we can produce ourselves... 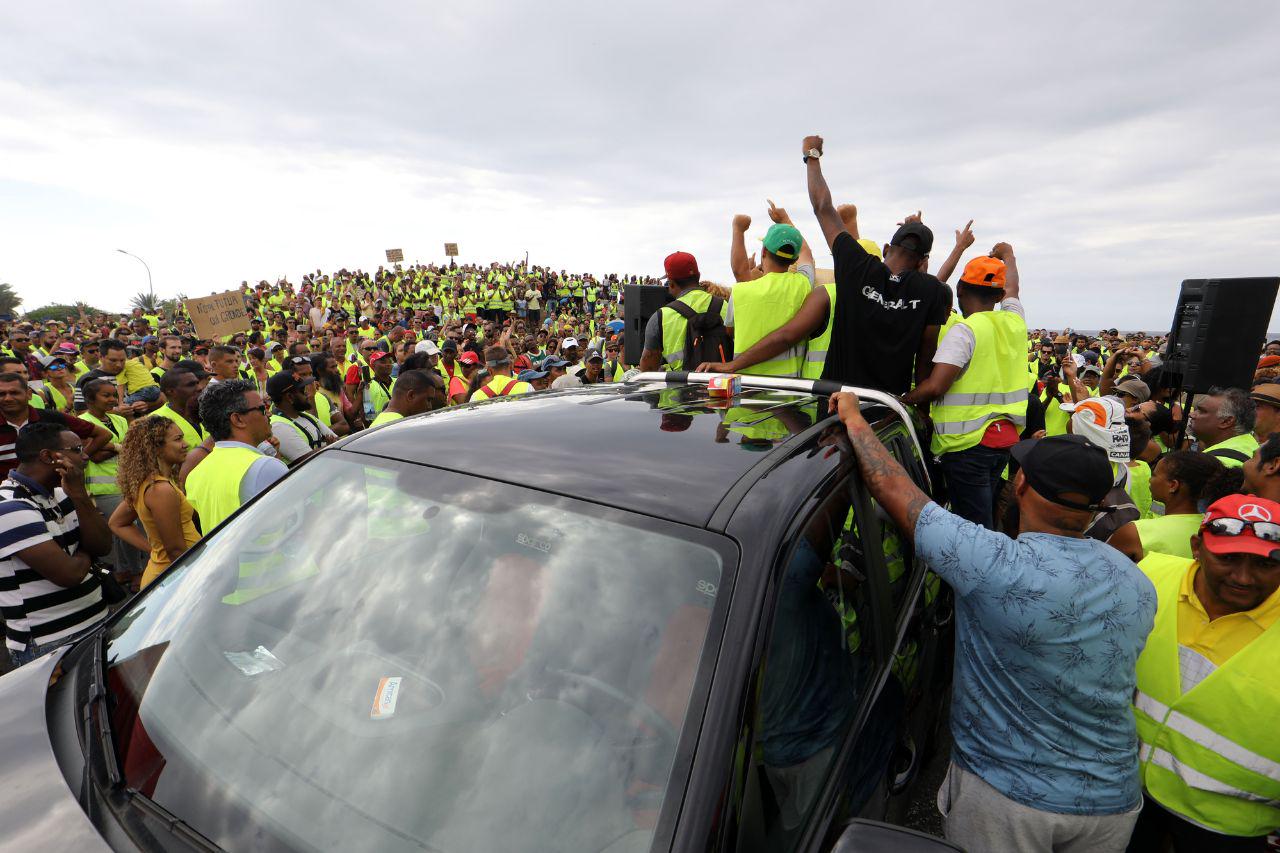