The Yellow Vests Invite Themselves to the Champs-Élysées

Translated from the original by Rouen dans la rue. 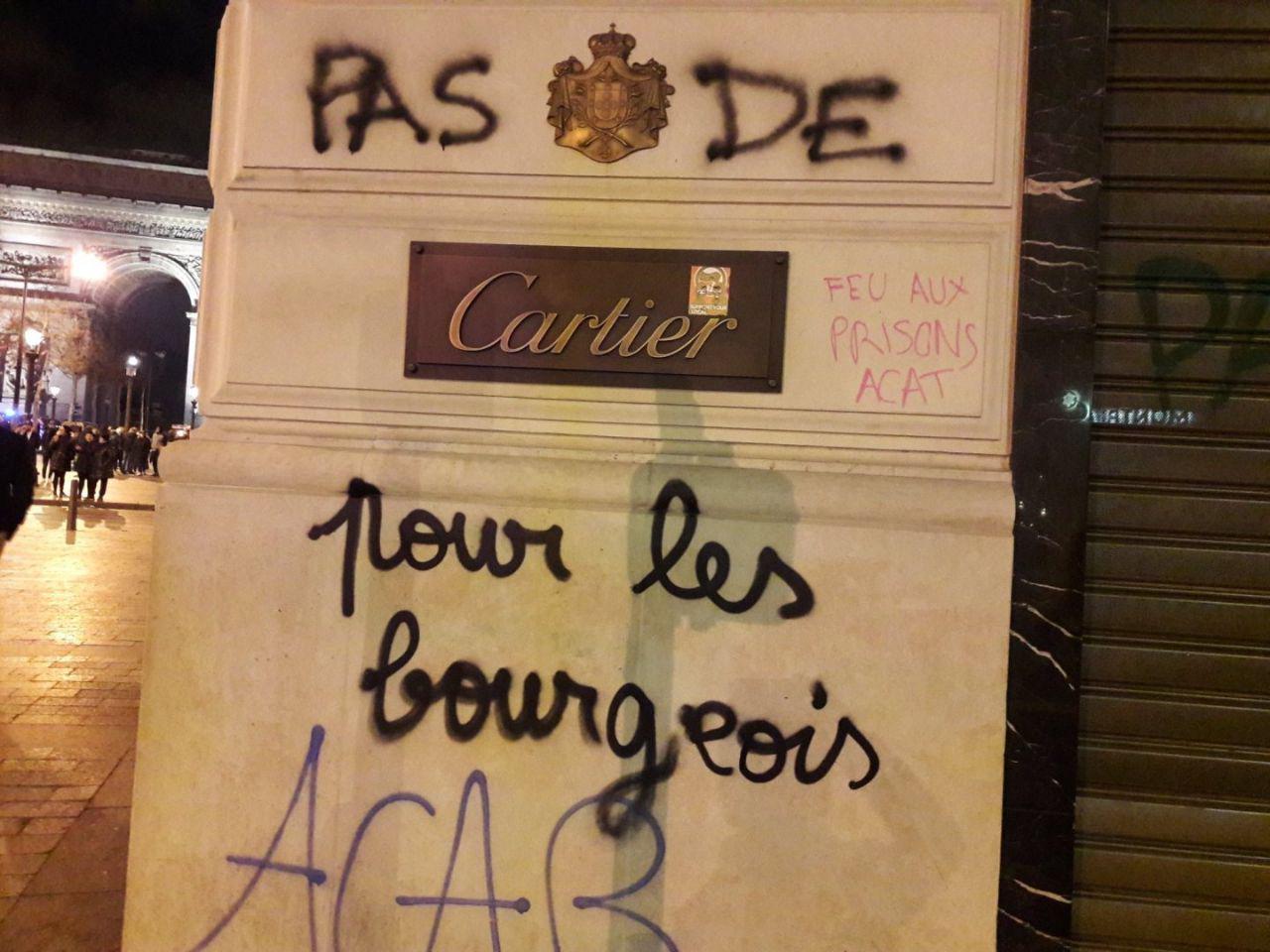 If they want a perpetrator, I'm right here. Let them come and take me.

Macron spoke on July 24, 2018 before an audience of parliamentarians in the middle of the Benalla affair, which has since become a national scandal. Full of contempt and complacency as ever, the president talked a little bit about it, in schoolyard terms. On December 2nd, 2018, Olympic Marseilles fans responded to Macron's provocation by launching what would become the hymn of the movement.

Emmanuel Macron, you fucking moron – We're coming to get you where you live!

This time it wasn't a boast. Since November 17th, the Yellow Vests have tried and tried again to pick up Macron from his place. From the Élysée. On December 8th, a helicopter was ready to exfiltrate Macron from the Élysée Palace, which had been transformed into a bunker for the occasion. The only reason the Yellow Vests failed was because of Macron's vast security system. The police are the last line of defence for this regime. Rumor has it that all the police forces deployed to protect the Palace last Saturday failed to secure the Champs-Élysées. Bad sport Macron brags at recess and then runs to hide behind the teachers' legs.

We could easily laugh at these Yellow Vests who always sing that they are going to look for Macron but never find him. But it is not so much Macron's body that the Yellow Vests want to attack as the world he represents. He's a flawless incarnation of that world, though. The world of elites and contempt for “nothing people”. The world of oligarchs who we didn't hesitate to call the bourgeoisie not so long ago. The world of capital and financiers who forever lecture the struggling while wallowing in shameless luxury. The world of those who celebrate their presidential victory at Fouquet's or who go skiing while Paris burns. The world of those who would do anything to make this system last.

It's this world that the Yellow Vests sought and found last Saturday on the Champs-Élysées. They systematically destroyed and looted luxury boutiques. They freely distributed chocolate, jewellery, clothing and other finery normally inaccessible. They plundered what some call the most beautiful avenue in the world. The launched waves of successive attacks on the protectors of this world. And finally, they sacrificed Fouquet's, which alone symbolized presidential contempt and the realm of the powerful. “We serve brunch for 95€. Come on in. And away from the beggars.”

The Champs-Élysées is not our avenue. The bourgeoisie are clearly terrified that we rejoice atop the ruins of the old world. Despite the fear, the stakes, the determination – it really was a Yellow Vest celebration that day. The government can spin us as criminals or worse. Did they miss our casual grace? The ease which we reposed on the improvised terrace amidst the smoldering Champs? That elegance proves we don't live like criminals. We're well within our rights. 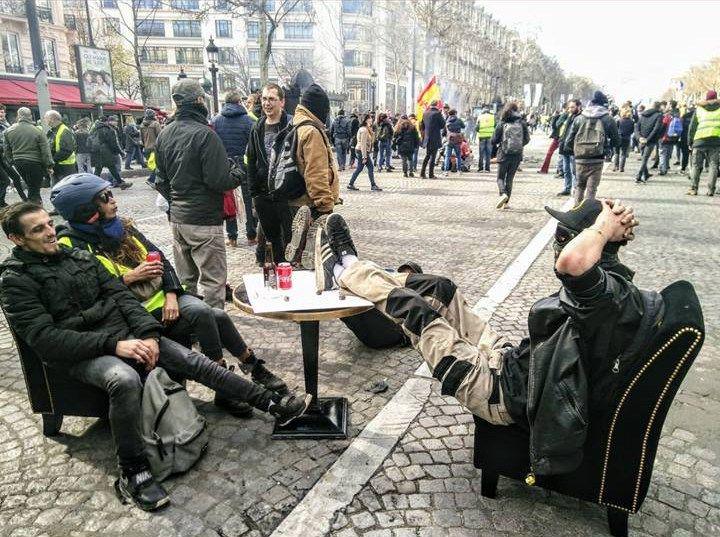 If Macron had not taken the helicopter on December 8th, he was forced to take it on March 16th. We plucked him from the slopes, right off his skis. We went and urgently brought him back, where he couldn't pretend that nothing was happening.