Translated from the original published by lundimatin. 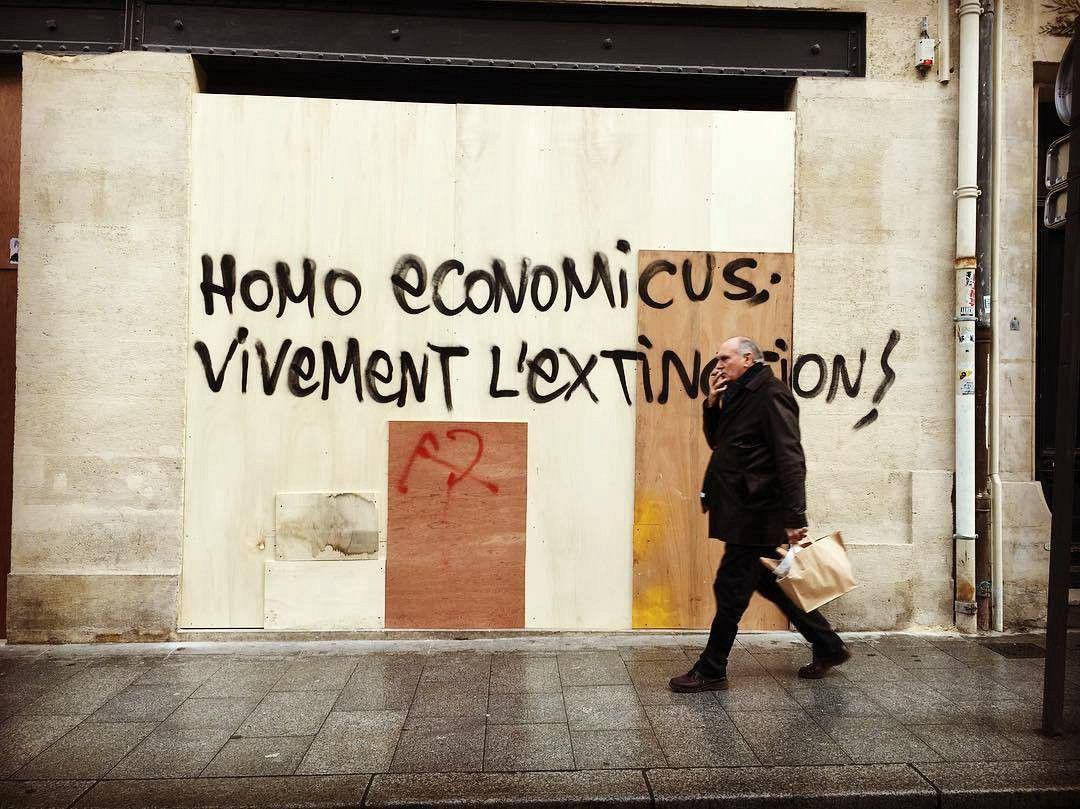 “Our life expectancy doubled since the Paleolithic. Wolves too live twice as long in captivity. We’ve become a pitiful sight — a death sentence.”

The wall we’re breaking through wasn’t put up yesterday. We need historic perspective and a sweeping battle plan. The greatest dangers are vital.

Began by the failed tax, the fluorescent tide’s surge is unstoppable. The yellow submarine can’t turn around. Tax refusal ain’t nothing! What’s called “power” can always be reduced to extortion. Here the stickup is payment in goods or cash, there leeching energy from busy minds and overworked bodies. They divide and rule humanity by category: inmates, prisoners of war, slaves, natives, women, workers, consumers, students, etc.

When we refuse to pay up, we have the chance to discover that as the fight goes on all these imposed debts are intolerable. Anger is infinite. After twelve Acts, the Yellow Vest uprising is mature. Ready to confront what animates, what rumbles in the abyss of our epoch, it declares: the economy is a countdown to extinction.

Power proposes a brilliant solution: tax the apocalypse. By economizing the economy, experts expect to delay the delay. Like the rest of us, they know the best thing would be to defuse the bomb. But the best is the enemy of their good: their property. They know well that the real response is to change our way of life. It’s an historic change — a great mutation that will bury them in the ashes of their petty power. They find it difficult to accept their place in the dustbin of history, and prefer to ape the role of brutal moron. They are, after all, heirs of republican tradition.

You’ll see, the rulers won’t teach us “ecological transition.” We will teach ecology without transition. We must learn step by step to live without them. This is how the poor wage war against the rich: defeat the world that makes poor and rich — Planet Money. We’re maladapted to Planet Money. Good! The time’s come to adapt to another planet.

The time has come for “Homo Economicus” to go extinct! Our domestication and infantilization bear his name. Little “Sapiens” will rise again. For ten thousand years we’ve unlearned how to love the strange lifeforms classified by species. We’ve let our instincts run amok. We’ve colonized everywhere and appropriated everything. We’ve made reality a factory. As if to protect our innate excesses, we started producing our environment.

We detached ourselves from the world when we attached ourselves to producing it. We’ve invented infinite, interwoven objective conditions. Society is this complex mesh: a prison. Disgusted by what we don’t understand, we’ve tried to expunge our animal nature to an absurd degree. All today’s refinement renders us goldfish — with no one to clean our bowl.

Our life expectancy doubled since the Paleolithic. Wolves too live twice as long in captivity. We’ve become a pitiful sight — a death sentence. The more we’re integrated, the deeper we’re depressed. Social production culminates in mass isolation. Pacification, the march of civilization, is war against the world. Still, we can’t escape by locking ourselves up in guilt, the living hell. All are not equally to blame. Punitive ecology begins with a lie, a towering injustice that overshadows the climate scandal itself. From this perspective the most reasonable response is “fuck it.” No! We must get it through our skulls that to undo the civilized fabric we must create something else.

Belonging is the most beautiful feeling in the world. That’s why we must always fight our way out of confusion. The imperative to change reorganizes our lives. Where the common and loneliness meet, we grow more sensitive, solid, and demanding. Revolutionary war tempers destinies. She’s allied to determination: a friend of the unpredictable and enemy of the ready-made. Life is only beautiful because we know it as a struggle, as the just struggle: the one that returns and becomes clearer each day. Nothing, no one can come and take it.

This historic decision stands out on the horizon. Either we civilize to the final stage, to ultimate function, unto the Age of the Robot. Or, we make “civilized-war”, and fight for new worlds. 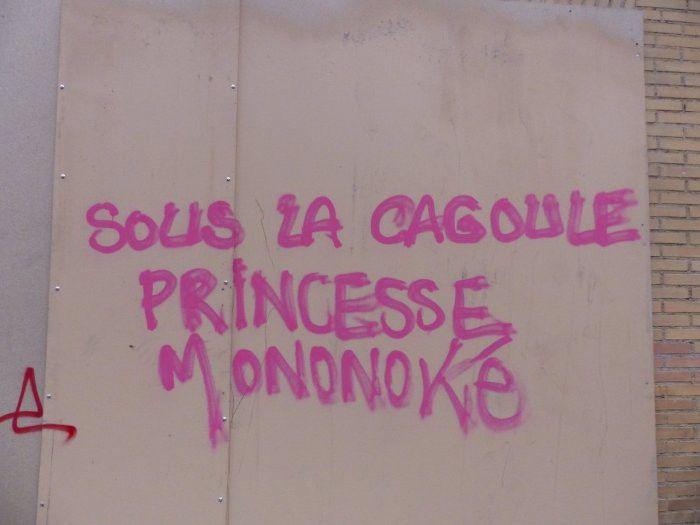