ALL POWER TO THE LOCALS! 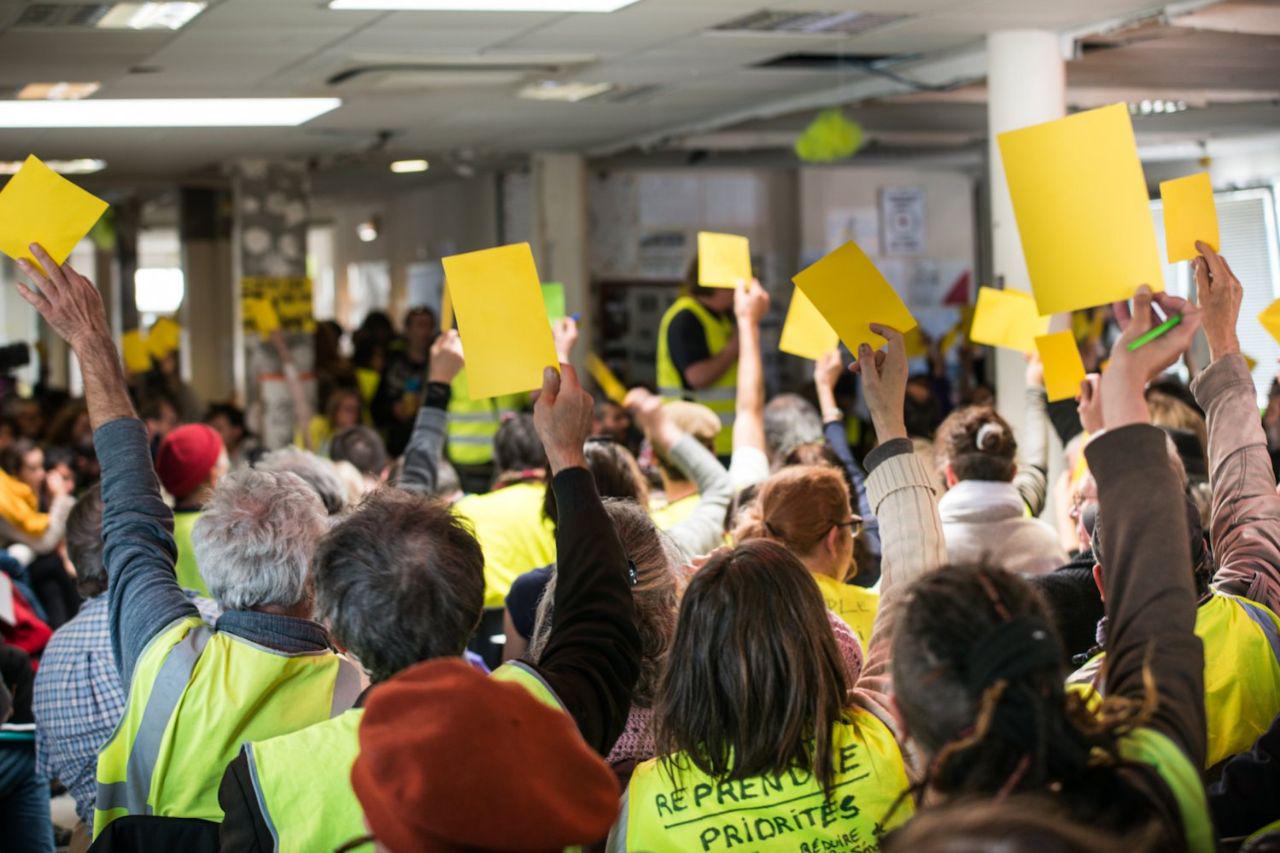 Translated from the Plateforme d'Enquêtes Militantes

From April 5th to 7th, about 200 delegations of Yellow Vests gathered at the People’s House in Saint-Nazaire to participate in the second Assembly of Assemblies. The aims were broadening the movement and getting organized for the long haul. The comrades of the People’s House in Saint-Nazaire and nearby proposed experimental, directly-democratic methods. These allowed 800 Yellow Vests to move between small working groups and a plenary assembly with an advisory function. As a result of this intense work, various calls were drafted and are being returned to the local assemblies to validate them in turn and ensure a broad consensus.

Thanks to this process a strategic direction has been developed that strengthens the movement in the current political context. The European Elections were seen as an opportunity to denounce the anti-democratic nature of European institutions and set the stage for an Europe-wide mobilization – any electioneering or participation was therefore refused. 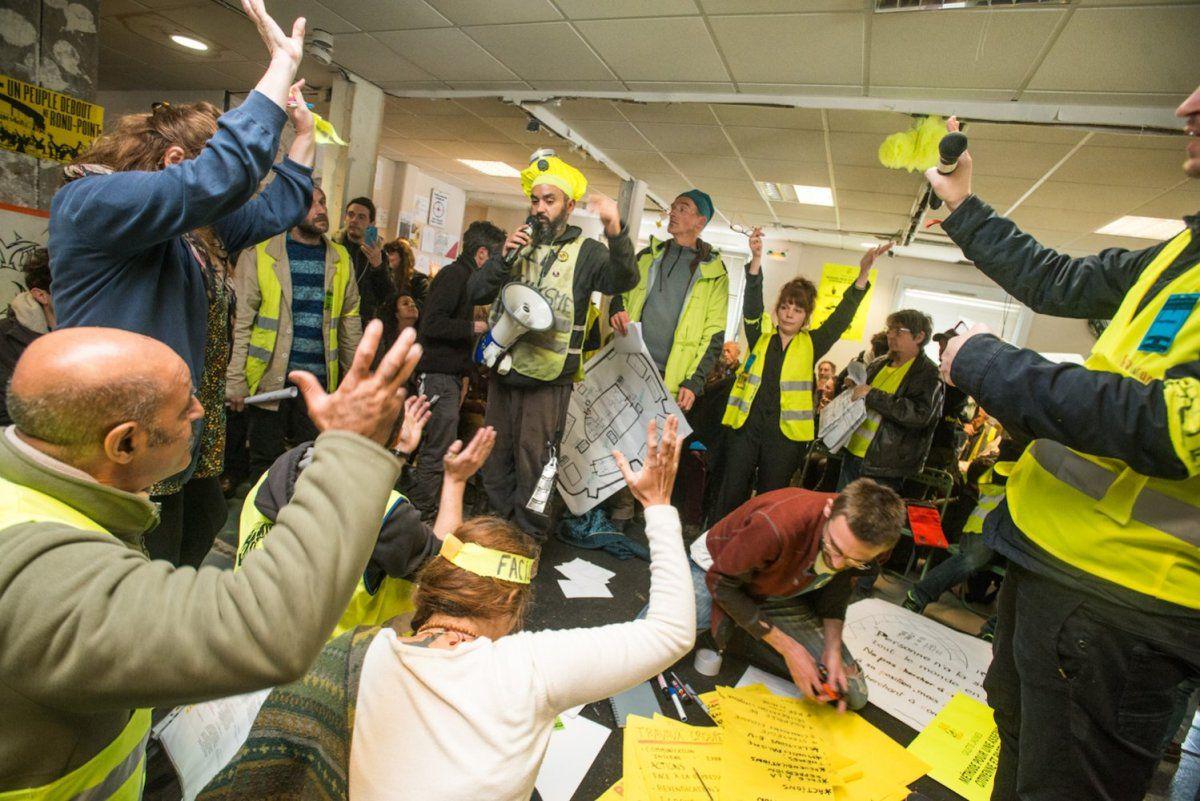 As a roadmap for a “Yellow Spring”, an important part of the general call is dedicated to alliances with the climate movement, teachers, the unemployed, students, and everyday “main-street” neighborhoods.

A “Yellow Week of Action” is proposed beginning May 1st, with the intention of staying in the streets. The delegations present at Saint-Nazaire insisted on the need to take a strong stand against repression of the movement: they agreed to demand the annulment of sentences for imprisoned or convicted Yellow Vests.

In the long term, a municipalist (or communalist) vision begun at Commercy was shared by a large share of delegations. This complements the determination to entrench the movement while also building popular and local counter-power. 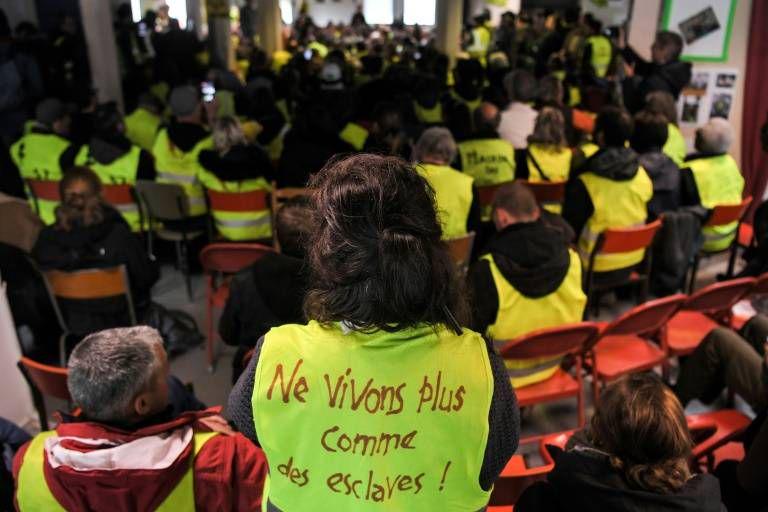 The reinvention of direct and horizontal democracy further consolidates the autonomy of the Yellow Vest movement by promoting the expression of social and territorial diversity in the image of the locals present this weekend at Saint-Nazaire, and for almost five months in the roundabouts and streets across France.